When I was typing up my post about the Anomalous Illusion, I claimed it would be the last illusion I would add. But having just nine illusions made it very difficult to make a symmetrical level select: every setup I tried would look like it had a gaping hole in it.

So, I added a tenth illusion based on the Contours illusion. The most famous form of that is the Kanizsa's Triangle, which uses Pac-Man like shapes to create the illusion of a bright triangle in the middle. 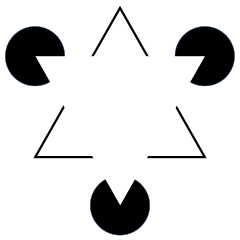 Taken from Wikipedia under CC BY-SA 3.0, click image for source.

There are a couple of major variant of this illusion that all cause a similar effect: an illusory square with just the three-quarter circles, and the Ehrenstein illusion, a circle caused by lines surrounding it. (And more: the Wikipedia page lists a number of artists and graphic designers that have used this illusion in their art.) 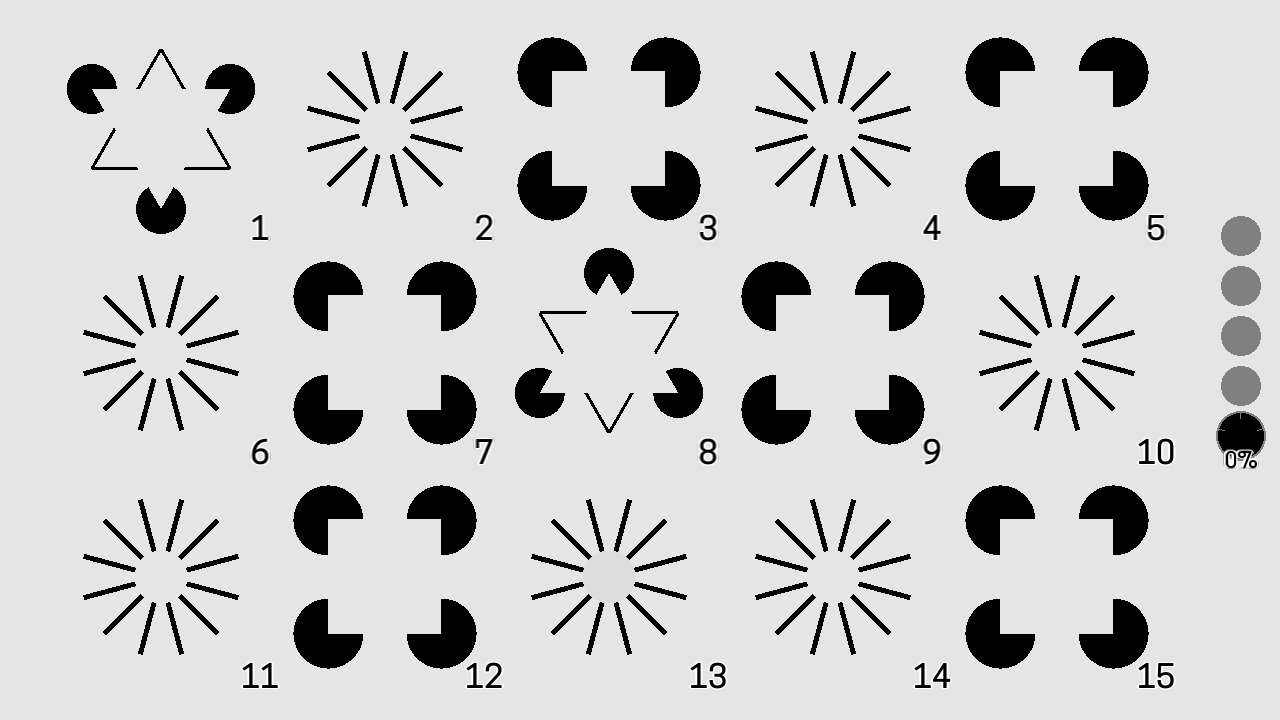 And of course, when looking for distractions to add to this illusion, I couldn't help myself to add a little Pac-Man joke:

You can imagine the sound effects yourself if you'd like! 😛

The bot is finally out of Beta, so it will now actually post every day. I managed to automate the last couple of steps: optimizing the file sizes and then feeding the images to Trello.

You can upload as many files to Trello as you like, but under a free account, 10MB is the upload limit. And since it feeds the images to Twitter, images load faster there with a smaller file size. Normally I use ezgif for my GIF optimization needs, but I needed an efficient batch editing tool for converting lots of images at once. All of the GUI-based optimization tools would glitch out my GIFs, but imagemagick gives you a lot more control over exactly how GIFs are optimized. I came up with a command line function that attempts to optimize all files in the current folder:

How much file size it exactly saves varies a lot per GIF, but it does a good job at optimizing GIFs without changing playback and not glitching my animations. Though I feel I can still optimize these a bit more with tools like gifsicle afterwards.

Now I wanted to automate dragging the files from Explorer into a Trello card, setting all the fields correctly as well. In the past I've used AutoHotKey for automating tasks, but that has such a slow iteration time that I didn't want to depend on it for the bot. I've found Macro Recorder helpful in recording the task as you're doing it yourself, then allowing you to edit the recording to make it faster and more stable. While the free version has some limitations, it's already a lot more efficient than doing it by myself.

Soon, I'm going to be filling the bot with hundreds of GIFs so the bot will be able to keep running for at least a couple of months without any (further) intervention on my part. You can follow it @FakeIllusionsBot!

A lot of polish and bug fixes are happening. For a couple of games, I added some hints that should make it more obvious in exactly what way the faker is cheating, for example the lines here: 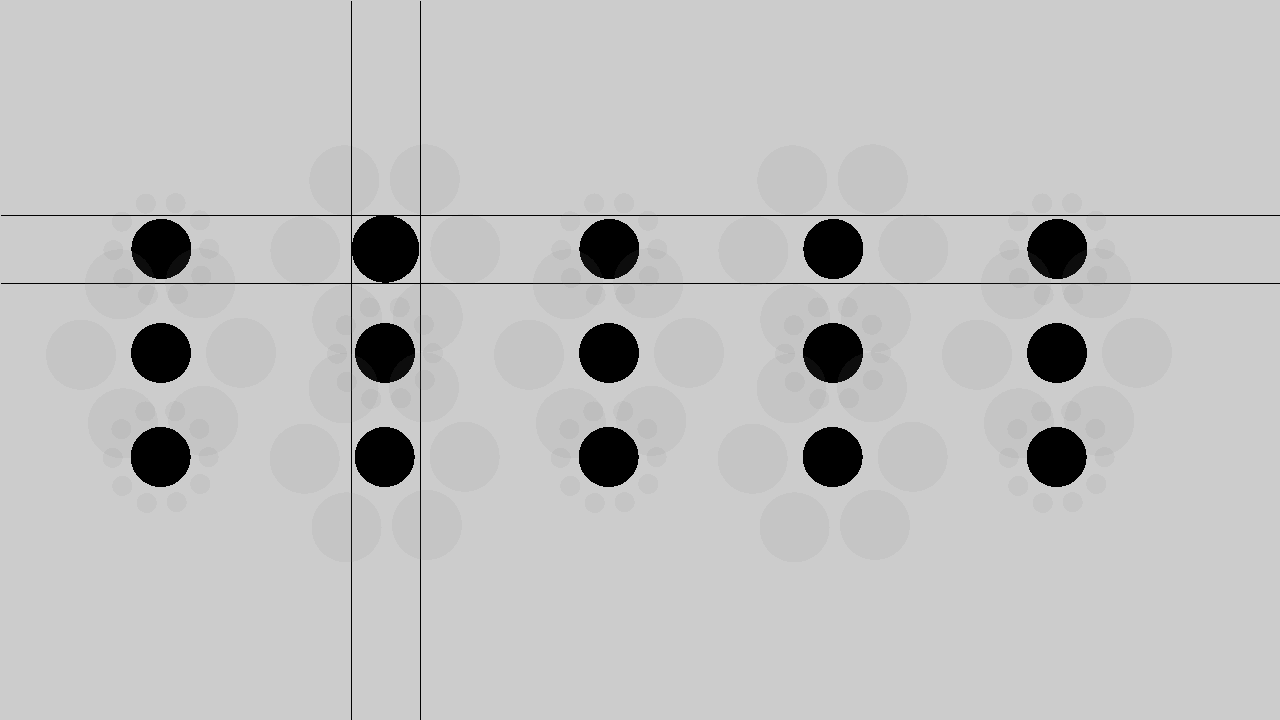 And I added a save functionality. It autosaves every time you accuse an illusion so you can't reload your save after you lose points. I plan to do another playtest soon, so hopefully this will motivate playtesters to play more of the game than in the previous playtest!

When you are in the first level of an illusion, the game usually makes it easier for you to play by not showing you all of the illusions at once. In most games, the selection would grow from the middle of the level, but that would look odd in some instances. So now the system just checks how many illusions its allowed to reveal, then chooses them randomly, like these five here. (I reused some of my code from my 7DRL entry this year to make this happen!) 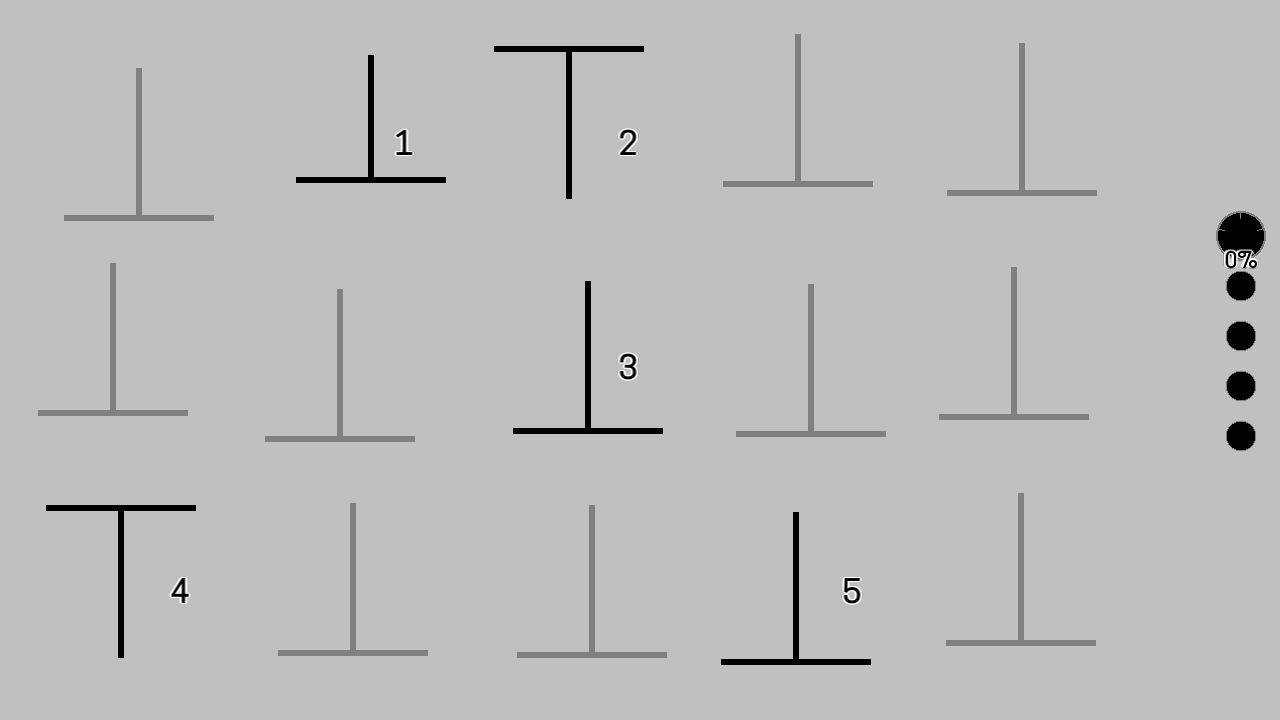 Regarding pricing: I'm seeing a lot of games on itch (especially tabletop games) that are paid but offer community copies. For every copy of the game sold, the devs add a free copy of the game on the stack that anyone can claim. I feel this payment model would be a good fit for Fake Illusions. For Mobility, I used itch's default Pay-what-you-want system, while strongly suggesting players should donate should they like the game. But that happened less than I would've liked, so I hope that setting the baseline from "Free" to "Paid" will already change the perception of value of the game, even though both will still be an option for players.

And that is all! My task list for this game is slowly depleting, so next time I might announce an actual launch window for the game, as well as definite plans for the pricing model. Until then, stay sharp! And don't forget to follow the Twitter bot for your puzzle-a-day.