Hello again! I'm happy to tell you that the game is almost done. Expect to see a release date once I've finished fixing all of the bugs. (I find it super scary to announce a release date until I've got a release candidate for the game, so please be patient for a little longer!)

Recently, Fake Illusions was accepted for INDIGO, which is (normally) an indie game showcase in The Netherlands once a year. Because of the pandemic, the event has moved to a game streaming platform (Utomik) online for this year's event. They had me make some promotional material, which I'd like to share here. 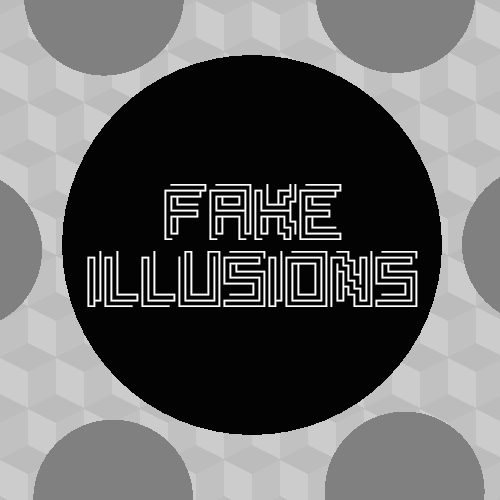 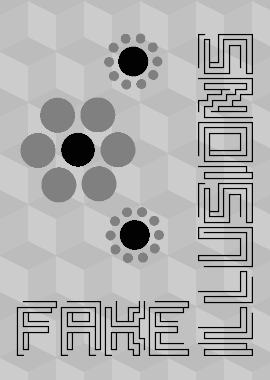 Pretty nice, right? (Even if I do say so myself! 😛) These were all made in Glimpse by reusing and cutting up screenshots from the game.

I am now in the progress of wrapping up the game! Sadly, there is always little to report during this progress, because most of the changes I'm making during this polishing phase are so minimal you probably won't notice them while actually playing the game. So, I'm going to talk about the less glamorous, but extremely important progress of polishing a game. To give you an idea:

And I could go on like this for a while, but I think you can get the idea already. None of these changes are essential on their own, but altogether they are super important to deliver a finely-tuned experience.

Timeline of the trailer in Shotcut.

I still want to talk about the trailer of the game for a bit. I've recorded the footage in OBS and edited it in Shotcut.  OBS is amazing and very simple to use, though my computer wasn't fast enough to record in HD at 60 fps without dropping frames, so I compromised by going for 30 fps. (Shotcut was surprisingly unstable when I was editing the trailer, so I find it hard to recommend at the moment.)

In the trailer, I mostly attempt to follow the advice of Derek Lieu, and mostly about story structure. An added challenge is that, because I don't use any words in the game,  I don't want to use any in the trailer either. So it slowly teases and explains the game, for example in the shot with the gigantic mouse cursor literally demonstrating how you play (which was incidentally the shot chosen for the Indigo 2020 trailer). Then it introduces the distractions and repeats a structure as it builds up to the mosaics in the climax. The cuts are timed to the beat as close as I could, and I use a couple of rises and hits to help build expectations of the viewer. 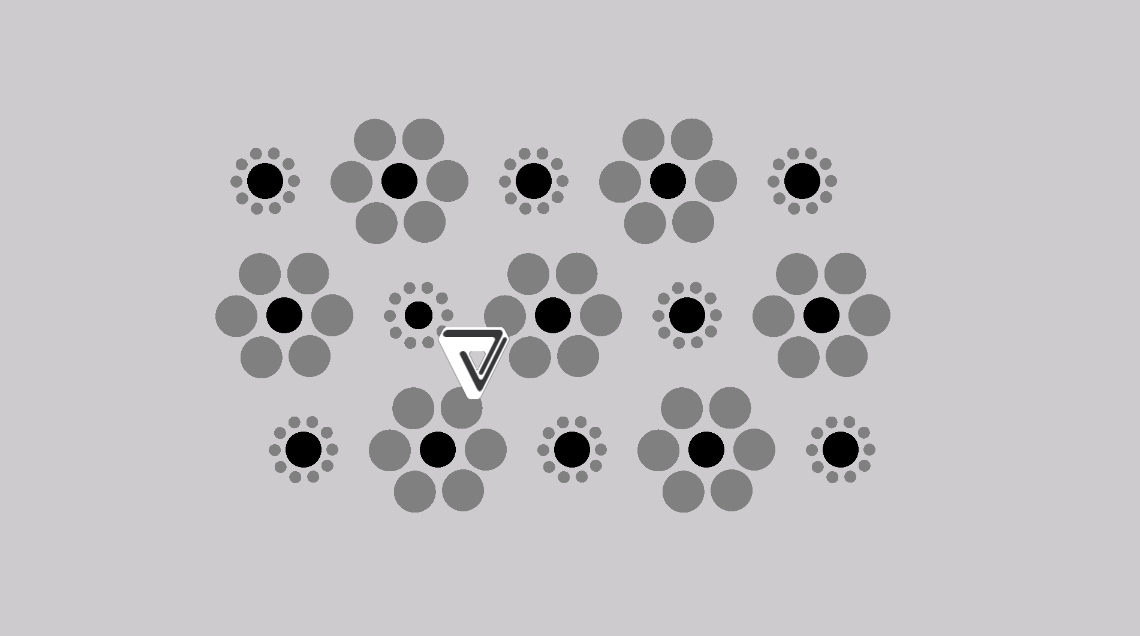 The mouse cursor used in this shot was 4x as large as the cursor normally is in-game!

The trailer ended up being kinda short (45 seconds), because that's when I thought I'd run out interesting things to show, and it also ended up matching nicely to the tempo of the music I selected for the trailer.

I found it hard to decide on a call of action, so I have two: either check out the Twitter bot, or sign up for the mailing list. None of these seems to have been super successful yet, judging by the amount of new followers,  but that's probably a sign I should've promoted the trailer a lot more.

I hope this was an interesting look into my trailer designing progress! That was all for today, and like I said at the start of this post, I hope to inform you soon about when you can play the game. See you!