Allow me to introduce you to the Anomalous Motion fake illusion, the 9th and probably final illusion to be added. This illusion causes your eyes to see movement where there isn't any! These could also make you dizzy or feel sick, so take care! This illusion is causes you to see movies as a fluid animation, instead of picture by picture. It's most popular in this form (taken from Wikipedia): 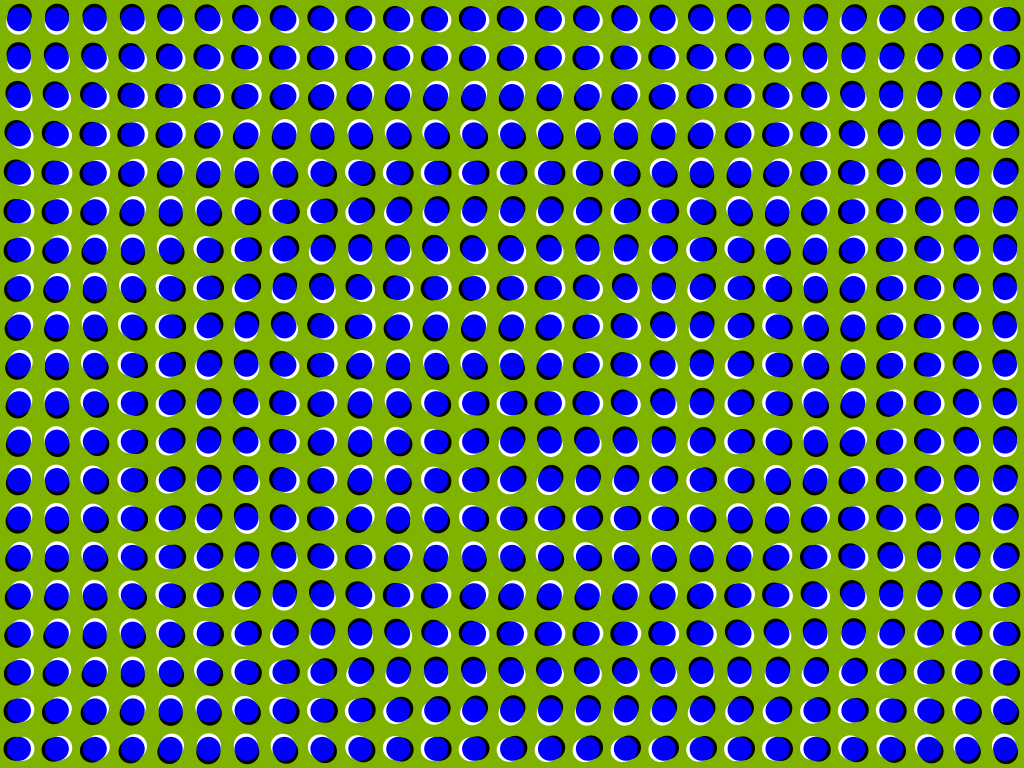 But you might also know it in a slightly different form as the rotating snakes from Kitaoka Akiyoshi.

As you've seen, the blue/green image above features a lot of repeating parts. For most other illusions in the game, the player only has 10 to 15 illusions to comb through, but if each "stud" on this graph could be a faker, there would be over 500!

The way I fixed this with most other illusions was to simply make them bigger, but you do need a certain amount of studs to make the illusion work. So not all of the studs can be the faker—only those tagged with a number. The player hopefully already knows that unlabeled illusions can't be fakers, so I think this is a fairly elegant solution. Now it only selects 15 potential fakers out of 66 illusion instances.

So how should the faker act? This illusion is all about perceiving movement where there isn't any. So it should move, but how exactly? I figured out making it bop up and down would be the most comfortable solution. It is something that catches your eye, but once you've moved your vision to the spot of movement, you're not really sure where you exactly saw it before...

Distractions for this illusion are mostly making sure that your eyes keep moving. After all, eye movement causes you to perceive the illusion most strongly. There's also a variation based on the Coffee Bean illusion, a variant of Anomalous Motion. 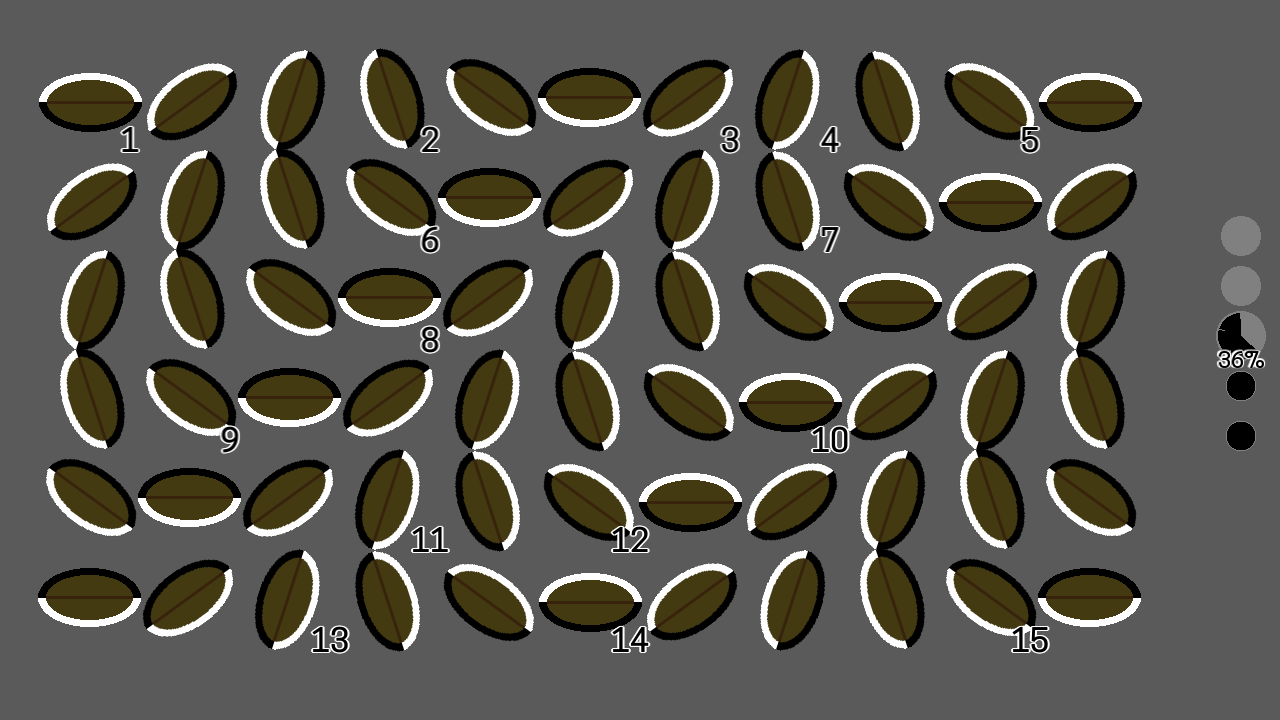 Next to that, a couple small changes have been made to the overall experience, mostly to help players understand things that weren't really obvious before, such as how scoring and progression works. I've also revamped the Endless mode that unlocks when you beat the game, because I had issues with that scoring system that were very similar to the problems I had when making the scoring system for a jam game recently. Now it plays more like a Zen mode that just keeps going on forever.

Also new is that multiple distractions can now be toggled on and off separately, so you can have multiple active at the same time. This was technically already supported, but implemented with hacks and very fragile, and I wanted to make it easier to debug them. Now, I can unleash situations like this:

In my last post, I discussed when I wanted to release the game. But due to a dip in motivation and a move, I didn't spent much time to work on the game. After a couple of years of hobbyist game development, I've noticed that, sometimes, my best option is to let a game sizzle for some time, to build up ideas and motivation to continue it, while I set up new projects to finish after that. Right now, I'm thinking of launching in March. Anomalous Motion is the last illusion I'll add before the launch of the game (I might add some more after launch, I still have a couple of ideas), now the game has gone from an Alpha to a Beta, and I'll be playtesting it with my friends and relatives pretty soon.

Thank you for reading, and hopefully I'll have more news soon!