It took a while, but the final & biggest update (dubbed Fake Illusions: Encore Update) is finally here! It brings four new illusions, a new shuffle mode with some extra distractions, and other bits of polish to make this truly the final version of the game. Let's take a look at them!

Are the lines in the Ehrenstein illusion straight or bent? The white lines surrounding the red lines create an illusion of the line being bent! Of course, you'll select the faker straight away, right?

The Munker illusion that toys with your perception of how bright certain colors are! With just three colors, you can make it seem like there are a lot more colors than there actually are. Because of the contrast between the white and black background, you might perceive different gray luminance for each.

The Jastrov illusion has bent shapes that sometimes look longer than they actually are. Except for one, of course. If you have ever played with wooden train tracks, you might recognize this curved shape!

If you have ever looked at a tiled wall before and couldn't figure out if the lines were straight or diagonal, that's not just you! Gregory was the first to identify this "Cafe Wall" as an illusion. (I originally planned this illusion for the initial release of the game, and I'm super happy I managed to make it work for this final update!) 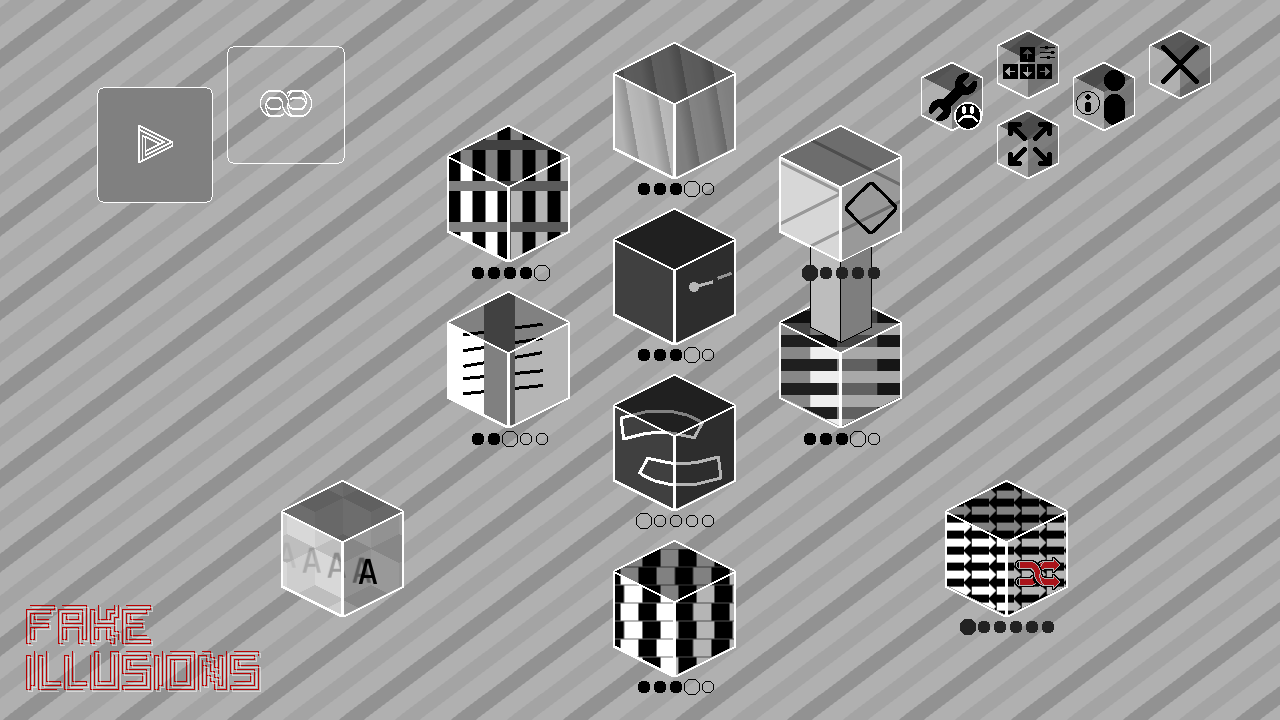 There's now a Side B to the level select where you can find all post-release illusions, plus a mysterious, extra difficult version of the Shuffle mode... If you want to attempt the new illusions right from the beginning of the game, you can use the new Unlock All feature to instantly get access to all illusions and Endless Mode (look for the lock icon on the settings menu). 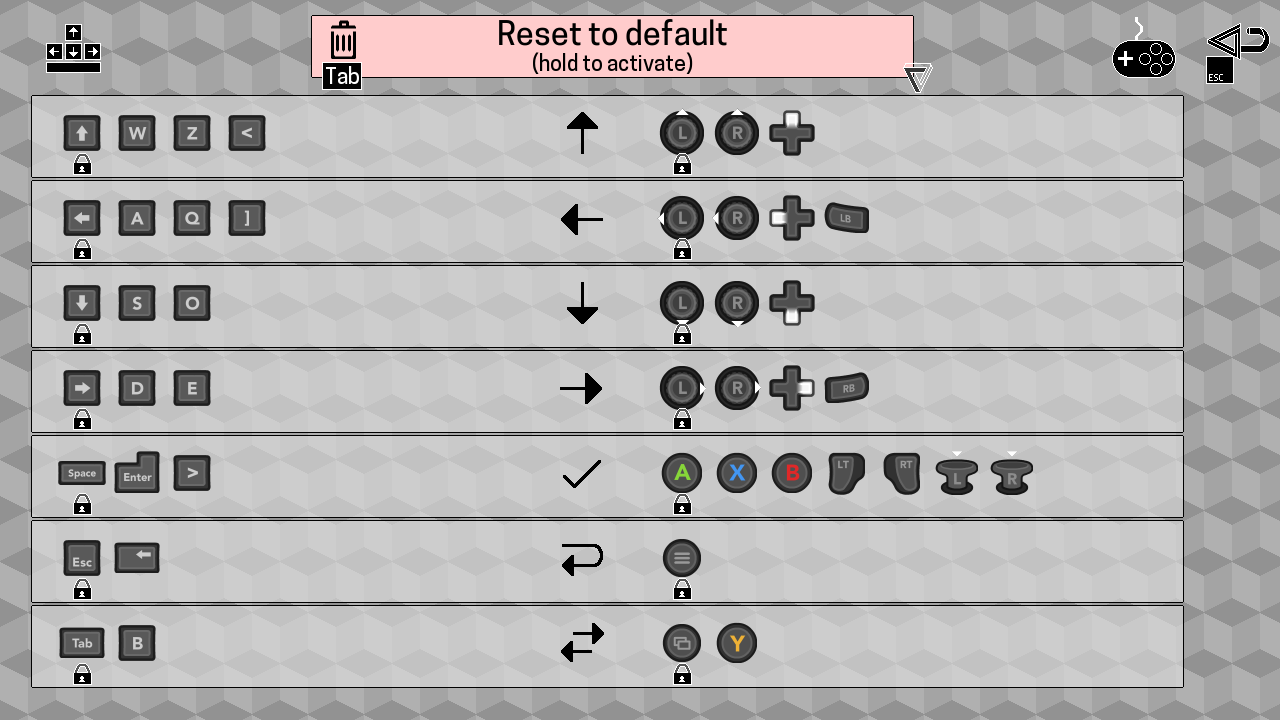 The new keymap menu allows you to change the keybindings as you'd like! You can map a keyboard and a controller in this way. 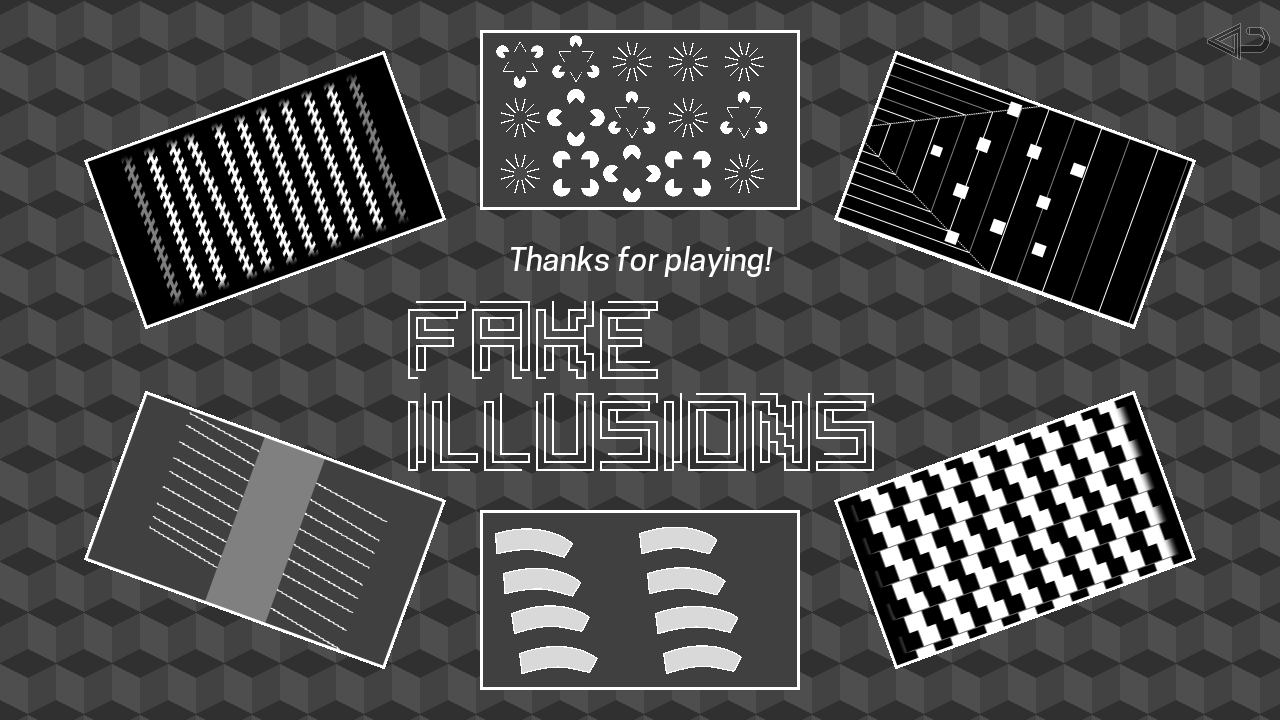 Thus comes an end to the three year long development cycle of Fake Illusions! Compared to the original release of the game last year, the game now has almost double the illusions and a large amount of accessibility features added. I've had a lot of fun working on this game and I'm very proud of what I produced. I hope you'll enjoy this final update!