I've run the first playtest of Fake Illusions among some of my friends and family, and I was able to gather some interesting results. Most importantly, few players played past the first three illusions, indicating that the game might not hold the curiosity of players long enough (although I do still have to implement saving, so players can complete the game over multiple sessions).

Currently, players go through all difficulties of an illusion before unlocking the next ones, and I figured that might be a core issue. So while its possible to switch to a different solution at any time, there's not really an incentive for doing so. I want players to switch playing different illusions more, because: 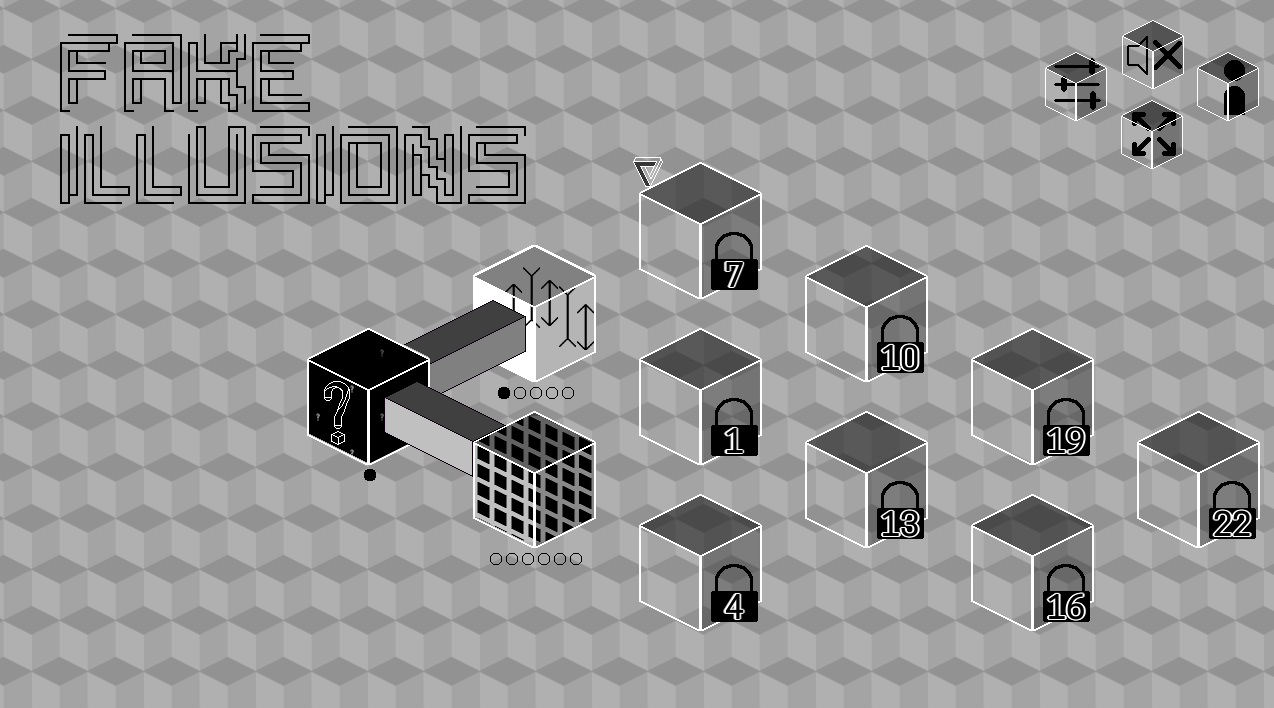 Instead of unlocking levels based on completed levels, the game now looks at the cumulative completed difficulties of all illusions, and the locks in the level select how many more you have to beat to unlock that illusion. Each illusion has five or more difficulties (indicated by the circles under them on the level select), so you are more flexible in what you want to play to proceed. I've deliberated this change a lot, but now that it's implemented I'm pretty positive it's going to make the game more accessible.

I've also updated the intermission screen, which prompts the player every now and then to either continue or back out to the main menu. Earlier, everyone using this menu opted to continue the current illusion. But now, whenever you unlock something, an exclamation mark appears to indicate it. This exclamation will then also appear on any new illusions you have unlocked in the level select!

The default difficulty setting is now easier, and the range of difficulty options has expanded, too. The difficulty slider now appears on the intermission screen, allowing you to change it on-the-fly. I hope that everyone playing the game is now at least aware that this option exists. 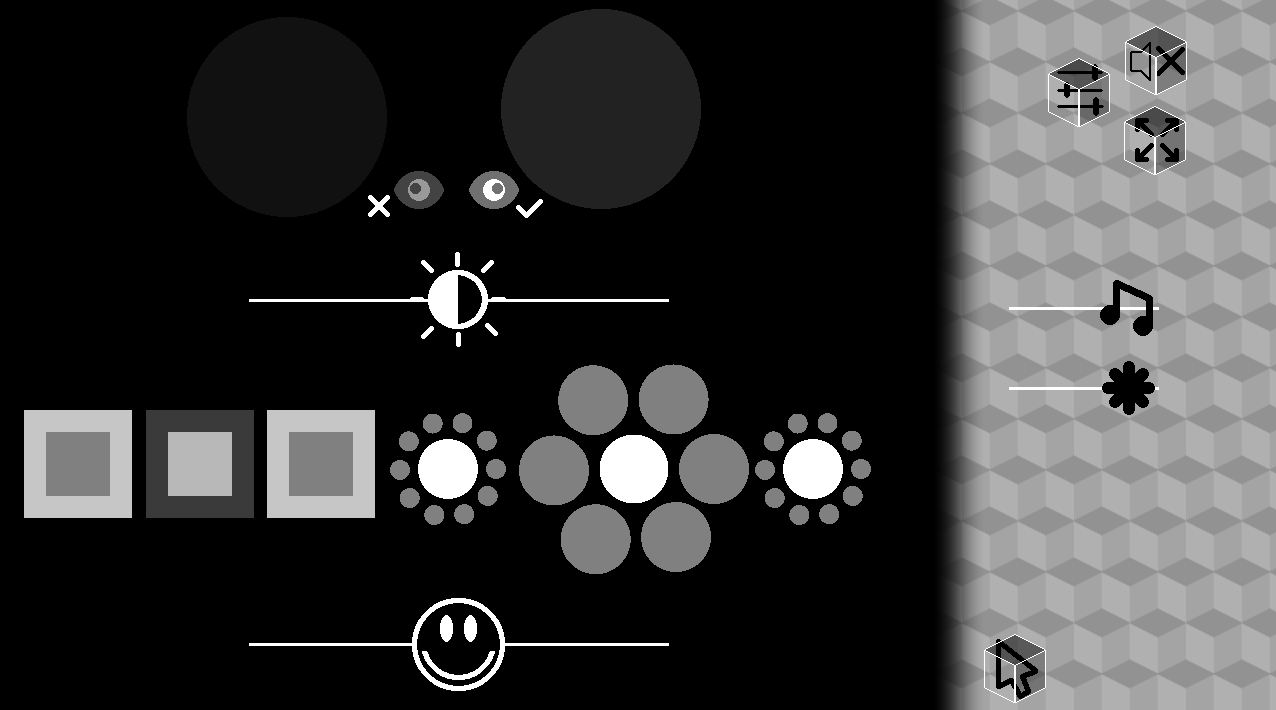 I also added the ability to set the music & sound volume, and to disable the custom mouse cursor. The custom mouse cursor was implemented because you can use the default Windows cursor as a ruler of sorts to check if shapes are actually straight or slanted, which the custom cursor makes a bit harder. But some people really don't like custom cursors, hence the setting. I noticed some players were not sure which things were clickable or not, so now the cursor will also change when it hovers over something clickable.

QA (short for Quality Assurance) is a progress where you determine if software works as intended and has no bugs or glitches. In the past I rigorously tested a game before release, but I've become a bit lazier in this regard. I worked with automated QA a bit during my internship at Sassybot, and I liked it enough to want to implement here. But Game Maker Studio has no built-in solution for it, so I decided to write it from scratch.

For all nine illusions in the game, it will test five puzzles for every combination of distraction (32 of them!), to see if  it doesn't crash and has a valid solution. Meaning it validates over 1400 puzzles in five minutes! It also changes some other settings at random, such as the difficulty multiplier, to see if various combinations hold up. I still have to test some things manually after that, but generally, this takes a lot of load off my shoulders.

Then I expanded the bot to be able to automatically capture GIFs! Game Maker Studio has functions to record GIFs programatically, so I plugged it into the automated QA. It will record 10 seconds of a puzzle, then the solution, and it saves those as separate files, and keep doing that for new puzzles until it's stopped.

Programming a bot requires you to hoop up some API's manually and own a computer that's always powered on. Luckily, there are a bunch of programs on the web that allow you to hook up two or more services in a simpler way. Here's the full order of events in this chain:

And here's the result:

I think it's pretty cool although it could still use some fine-tuning, but once that's done I hope I can transform it into a tool to help me build awareness for the game. You can check it out @FakeIllusionsBot.

It seems like the game will not release as soon as I thought (in my previous devlogs I estimated March), but thanks to the playtesting I've helped push the project into the next phase! Thanks for reading, and I'll let you know when I have more info.