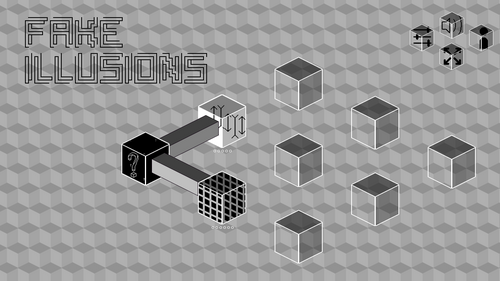 Fake Illusions is currently on the backburner while I finish some other projects (like BackFlipped), but that doesn't mean I don't have cool stuff to share about it!

My goal was to make this game as accessible as I could. One thing that's important for that to happen is to give players a choice in which order they want to play the levels. If they get stuck in one level for whatever reason, then can try a different one without penalty. That means I could make a cool level select with branching paths!

But since the game is themed after optical illusions, I also hide some illusions outside of gameplay into the game. The level select is an obvious example of that, but it was really hard to get it look right. I am not sure what this specific optical illusion is called, but it's obviously a figure with impossible depth like the Penrose Triangle. Different colors on the cube sides create depth, then the impossible interlocked cubes create the illusion. My inspiration was an image in an optical illusion book, where each cube was its own world, and the intersections were bridges, trains, or elevators.

Making an animation like this in a 2D engine was not easy! I built the level select in the level editor, but I wanted more control  so I ended up generating it by code. That went wrong a couple of times, like the time I ended up with this postcard-suitable design: 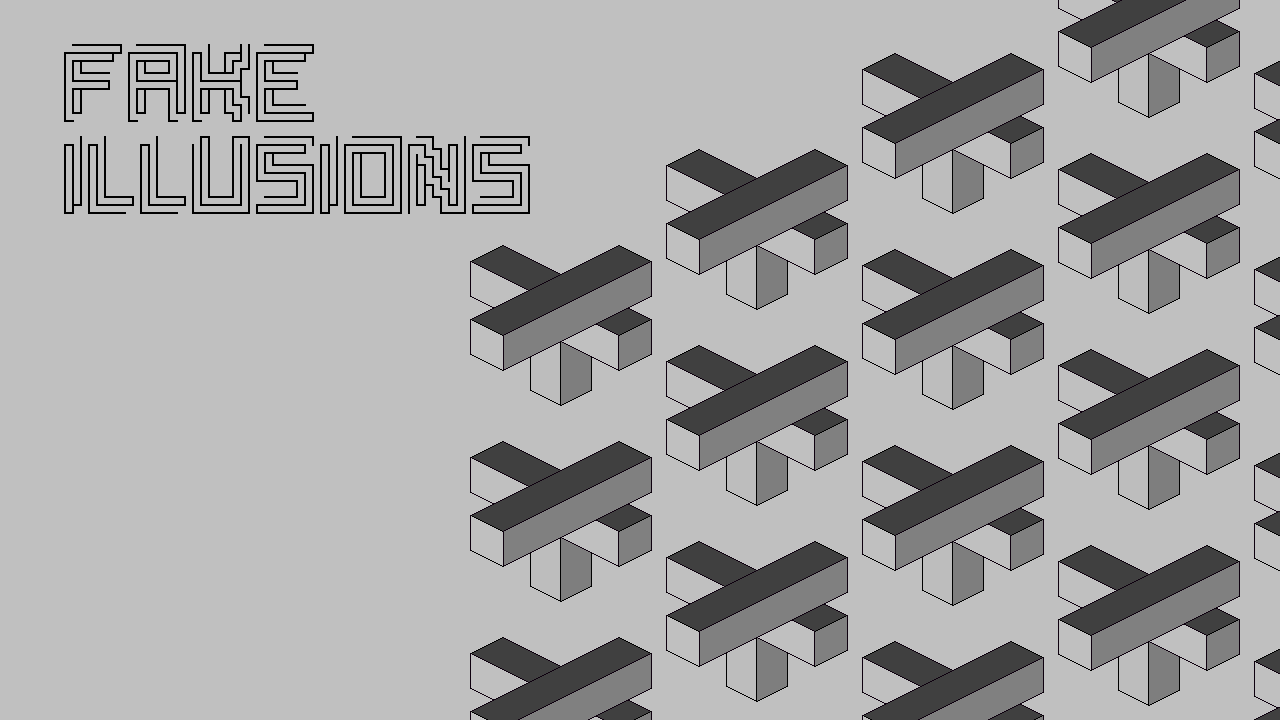 Each cube that represents a level, displays a graphic inside itself. This is achieved through a clipping shader. Basically, you define a rectangle, you trim of the square with items that you don't need, and then you draw sprites. Each cube looks like a separate world, and the animations  tease a distraction that the player has to face. I constrained myself to use as little text as possible in Fake Illusions, and since people seem to recognize an illusion more by its graphic than its name, it works here.

I've also added an indicator that shows how much progress you made in an illusion, and a number of buttons for settings, it's mostly done now! Here's the current version: 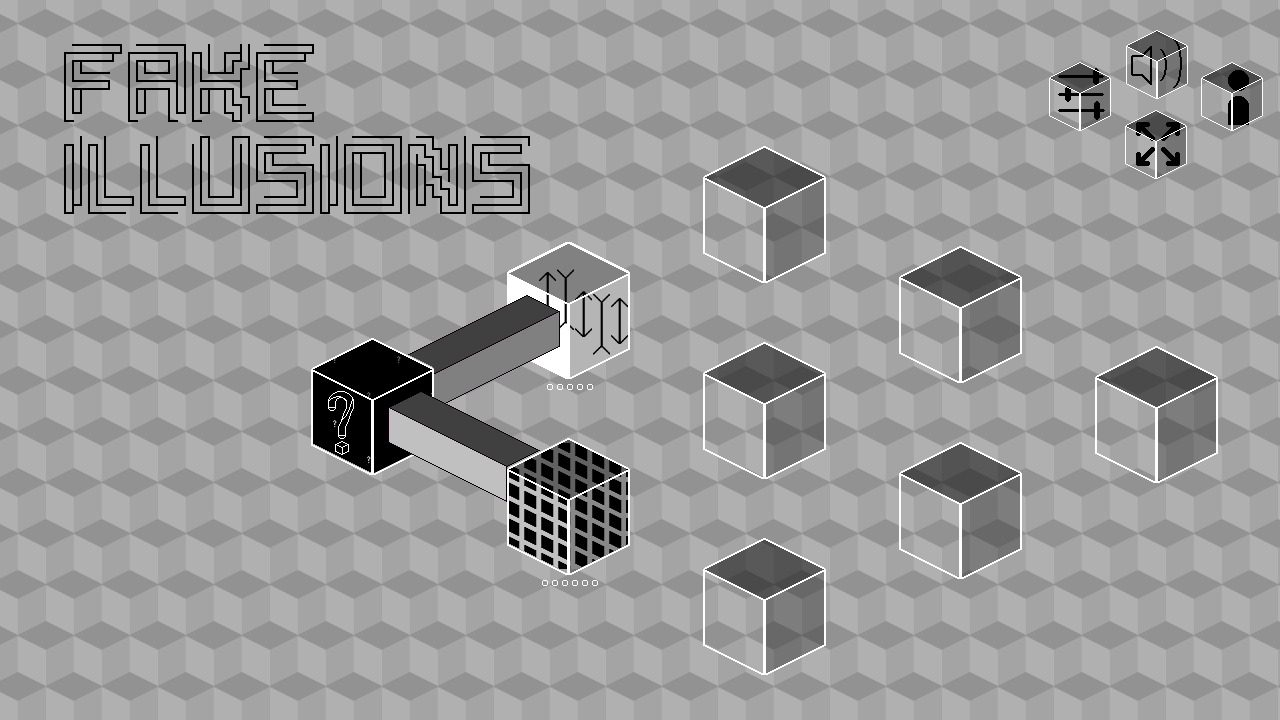 I left some whitespace over in case I still wanted to add illusions, but I should've left more: the Ponzo Illusion I showed in the last devlog will actually be the 10th big button on this screen, and I'm still determining how to reorganize the level select for it to fit somewhere. Oh well!

I'm currently aiming to get all the features I want into the game before the year ends, then fix it up and release early next year. I don't want to compete with all big games this holiday season, especially since the early months of the year have fewer game releases. Currently, I still want to add an extra illusion (maybe more) and a zen mode which allows you to play undisturbed. But I mostly want to finish the game at this point, so I can see how people play it!

That's all for now, I'll slowly start tinkering on the game again and will let you know when I've got something cool to show!